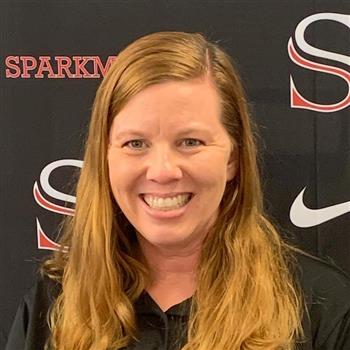 Angela Clark is entering her eleventh year of teaching.  She is originally from Monroeville, AL.  She holds degrees from the University of Alabama, Athens State University, and the University of West Alabama. Mrs. Clark has a Bachelor’s of Science in political science, criminal justice, and biology. She has a Masters of Arts in teaching biology. She spend eight years at A. P. Brewer High School in Morgan County. Three years ago, she became a Sparkman Senator, moving closer to home. She currently teaches AP Physics 1 and 2 and general Chemistry.

Mrs. Clark is married and has a three year old son.  When not at school, she spends time traveling, attending football games, and spending time with family.