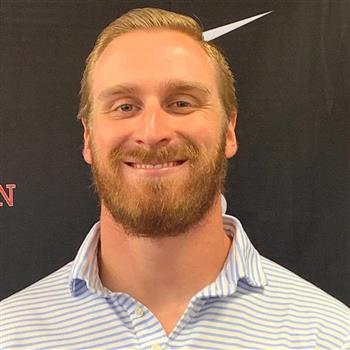 Ben Stevenson graduated from Sparkman in 2007. He receivedhis degree in Secondary Education Social Sciences from the University of North Alabama . Ben started teaching at Sparkman in 2012 and currently teaches AP Government and Politics and U.S. History. He also serves as an assistant varsity baseball coach and one of the Junior Civitan club sponsors.

In his free time, Ben likes to do anything sports related and loves spending time outdoors. He also enjoys writing and has published four books. Ben is married to Linzee Stevenson, who is also a teacher at Sparkman (in the math department) and they have a son named Billy Mac.