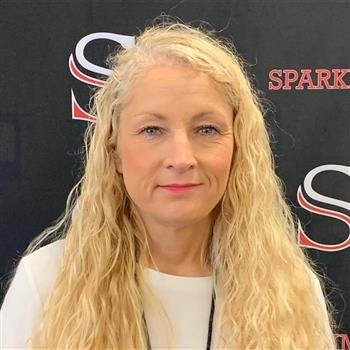 Ms. Compton grew up in Decatur, Alabama and graduated from Decatur High School. She earned a B.S. in Education from Athens State University. She relocated to Mississippi to begin a career as a media specialist while earning her M.L.I.S in Library Media Specialist from the University of Southern Mississippi. Upon completion of her master’s degree and certification in Gifted & Talented at the Mississippi University for Women, she returned to Decatur and became the media specialist at an elementary school, later a middle school, and finally Decatur High School. She earned her NBCT and renewed in 2015 and completed an EDS in Educational Technology at Boise State University. She joined the faculty of Sparkman High School in 2019 as a Media Specialist. Ms. Compton has a son, who is an RN traveler, and a daughter who is attending college.